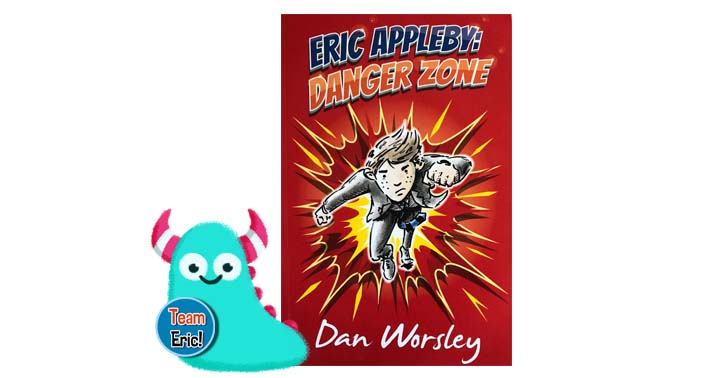 Die Hard for kids is how I described the last book I reviewed, written by Author Dan Worsley. That book was Eric Appleby Zero to Hero. Over a year later, and we’re back with the sequel, Eric Appleby Danger Zone, again written by Dan Worsley and illustrated by Martin Spore.

In the first book, we met downtrodden underdog Eric. When robots, led by Ivana Da Cash, try to take over his school Eric finds an inner strength and bravery he never knew existed and finds himself going from zero to hero when he defeats the robots, Ivan and eventually saves Linkton School!

At the end of that book, Eric, most likely thought his action hero days were behind him. However, in book two Ivana breaks out of prison with the help of her unlikely little sister, Heidi Da Cash, and is determined to make Eric pay for his interfering ways. When Ivana kidnaps Eric’s beloved Dad, he’s forced, once again, to spring into action!

Zero to Hero, Dan’s first book in this series, was fast paced and action packed without a doubt, but book two takes the action and pace, puts it on charge for 20 minutes, adds a turbo booster and launches it into space! It’s crazy how quickly the action cranks up in this story, and it doesn’t stop until the final page. It’s brilliant, for children who need a book to grab from the off. For those children who need to be kept gripped from page one, this is perfect! This book is actually longer than the first, but it feels much shorter because it sucks you into the adventure and pulls you along at such speed, you don’t notice each page turn. The short, bite sized chapters also help brilliantly with this. 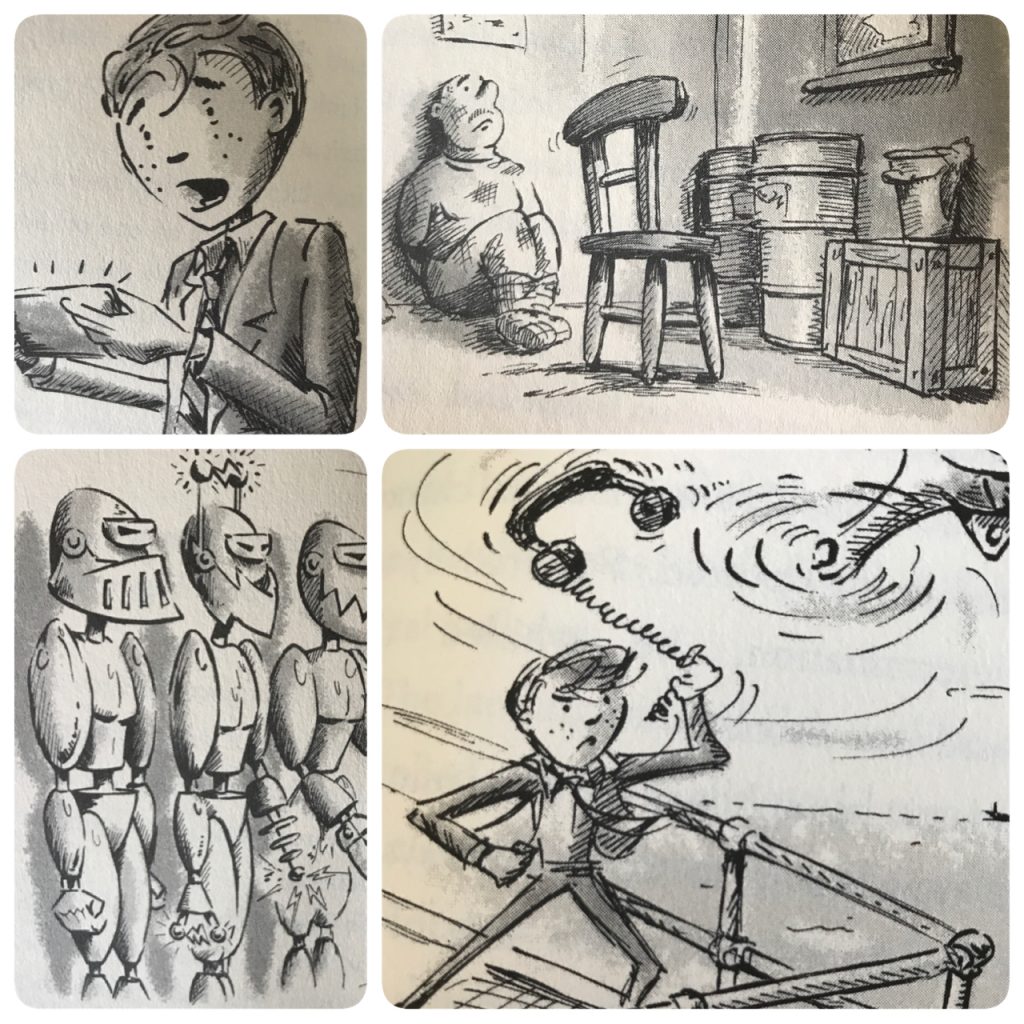 Martin Spore has upped the standard of his already wonderful illustrations since the first books, there are more of them, and they’re bigger and better. They break up the text really nicely, bringing a lot of the action to life with dynamic black and white pen and ink drawings. The cover is great as it ties in with the style of the first book, but shows how Eric has changed into a real life young action hero, with confidence and determination. He is such a brilliant role model for children. 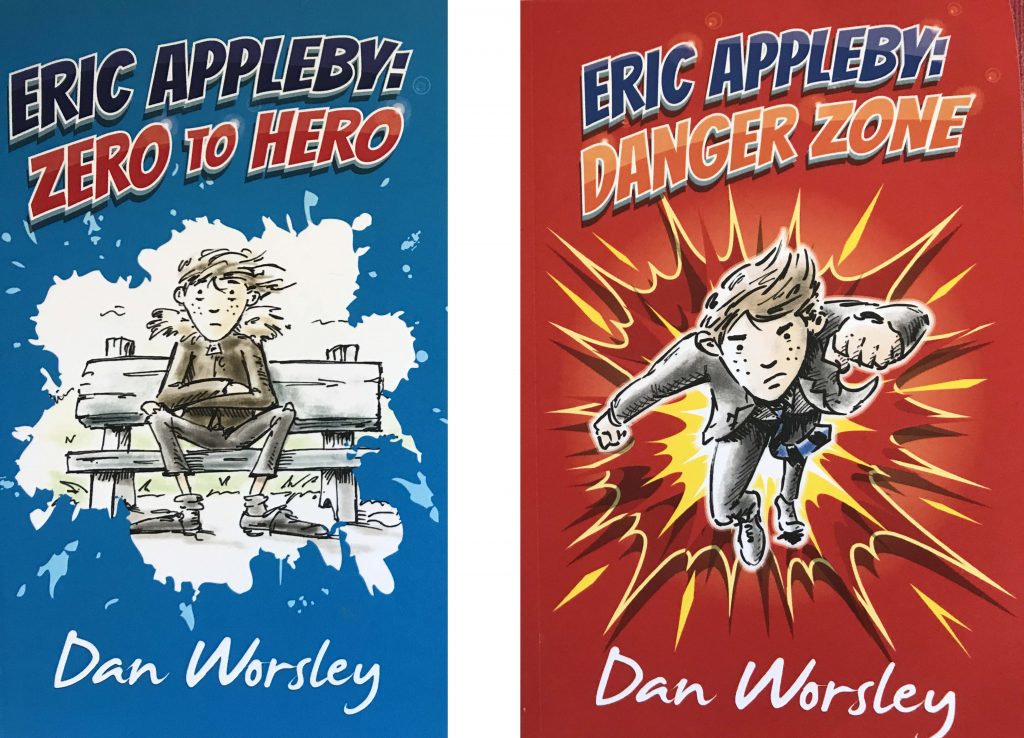 The character development in this story is really nicely done by Dan. Eric is an endearing character, you can’t help but like a lot, a great friend, loyal and kind, yet brave and fearless! The relationship between father and son is something I loved in the first book, and it’s demonstrated and developed even further in this story, it’s a lovely, sweet aspect. Ivana is unpleasant, and you can’t wait to see her get her comeuppance, while her sister Heidi, although really quite bad, is a more sympathetic and complex character. It’s clever stuff and lends itself very nicely to the current focus on empathy within children’s books.

The fact is though, books for children should be fun! Enticing, exciting and engaging. Eric Appleby Danger Zone provides exactly this. Brilliantly written, in a style that’s not patronising, and great fun for parents, carers or teachers to read out loud to their children, but at the same time not too difficult for emerging readers to have a go at themselves. Beautifully balanced, this story packs a real punch of emotion, action and humour! There are so many directions the story of Eric Appleby and his friends can go that I can’t wait to read more in the future. Jump on board team Eric and do the same, you won’t look back.

Eric Appleby Zero to Hero and Danger Zone are both available to purchase now!

You can find out lots more about Dan Worsley at his website right here. He works tirelessly and passionately in schools and libraries to get children enthused about books and reading.
– http://danworsley.com

Thank you for reading this action packed Book Monster review.